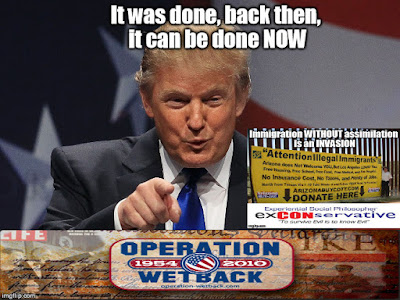 In 1954, Operation Wetback forced the return of thousands of illegal immigrants to Mexico.[44] Between 1944 and 1954, "the decade of the wetback," the number of illegal immigrants coming from Mexico increased by 6,000 percent.
It is estimated that, in 1954, before Operation Wetback got under way, more than a million workers had crossed the Rio Grande illegally. Cheap labor displaced native agricultural workers, and increased violation of labor laws and discrimination encouraged criminality, disease, and illiteracy. 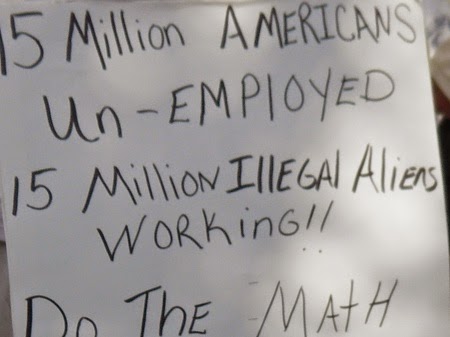 According to a study conducted in 1950 by the President's Commission on Migratory Labor in Texas, the Rio Grande valley cotton growers were paying approximately half of the wages paid elsewhere in Texas. The United States Border Patrol aided by municipal, county, state, and federal authorities, as well as the military, began a quasi-military operation of search and seizure of all illegal immigrants. 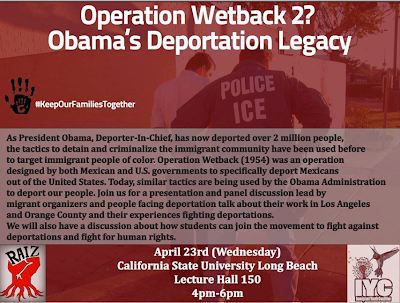 Fanning out from the lower Rio Grande valley, Operation Wetback moved northward. Illegal immigrants were repatriated initially through Presidio because the Mexican city across the border, Ojinaga, had rail connections to the interior of Mexico by which workers could be quickly moved on to Durango.

The forces used by the government were actually relatively small, perhaps no more than 700 men, but were augmented by border patrol officials who hoped to scare illegal workers into fleeing back to Mexico.

Ships were a preferred mode of transport because they carried the illegal workers farther away from the border than did buses, trucks, or trains. It is difficult to estimate the number of illegal immigrants that left due to the operation—most voluntarily. The INS claimed as many as 1,300,000, though the number officially apprehended did not come anywhere near this total. The program was ultimately abandoned due to questions surrounding the ethics of its implementation 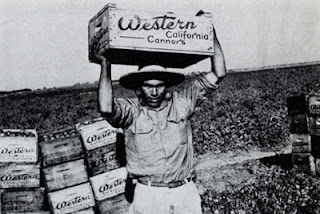 http://www.politifact.com/truth-o-meter/statements/2010/jun/10/chain-email/chain-e-mail-says-three-presidents-deported-total-/False but True albeit overstated "at worse" still TRUE

Three Presidents
What did Presidents Hoover , Truman, and Eisenhower have in common?
This is something that should be of great interest for you to pass around. I didn't know of this until it was pointed out to me.
Back during the great depression, Herbert Hoover ordered the deportation of ALL illegal aliens in order to make jobs available to American citizens that desperately needed work.
Harry Truman deported over two million illegal aliens after WWII to create jobs for
Returning veterans.
In 1954 Dwight Eisenhower deported 13 million Mexicans. The program was called Operation Wetback. It was done so WWII and Korean War veterans would have a better chance at jobs. It took two years, but they deported them!
Now, if they could deport the illegal aliens back then, they could surely do it today. If you have doubts about the veracity of this information, enter Operation Wetback into your favorite search engine and confirm it for yourself.
Why, you might ask, can't they do this today? Actually the answer is quite simple. Hoover , Truman, and Eisenhower were men of honor, not untrustworthy politicians looking for votes!
Reminder: Don't forget to pay your taxes - 12 to 20 million illegal aliens – are depending on it.
(And more added every day...)